Time to blast the cobwebs off. I had some really nervous and exciting energy around the Fitger’s 5k. Historically, this has been a race where I can see where I’m at in the early season. Also, historically I start training big in March and so, and I’ve been fit through the winter and spring for once. I knew there were 5 or 10 guys who have beat me in the past, or we’ve raced together, or have said they’re going for a similar time as me. I knew it was going to be a fun race regardless if I get a good time or blow up or whatever. Going into Fitger’s 5k, I was just excited to get out there and let it all out.

I was feeling very fit, albeit a bit knocked around and on the fringe of injury (fringury) with some high volume training in the spring, but haven’t been doing hardly any speed work. All zone 2. Or even zone 1. I did a 4×1 mile workout on the trails  Thursday before Fitger’s, and that felt really good. It was fast, but hurt the lungs and legs. However, I recovered quickly and knew I had at least a little feel with pacing. I was gunning for a sub-17 minute 5k. My record is 17:08 on a perhaps sketchy course. Fitger’s isn’t the easiest course, though, so that would be a challenge.

On Saturday morning, I ran down early as a warmup, then helped the timing company set up the finish and start line mats. This impinged on my warmup a bit, but seemed to work out perfectly and I had 10 minutes to do some stride outs. There sure were a lot of guys on the start line that I had raced in the past, and I been beat by all of them consistently in the past year. I wanted to lead the pack and win. Not win the race, but beat everyone I was actually racing. Obviously, the 15 flat guys off the front aren’t being touched by me… except in the first 100 yards anyways. My secondary goal was to get under 17:00. 16:59 would be just perfect.

The race started and was congested. With perhaps 15 guys in front of me, I tried to jockey for position. David knew my fake race plan of starting really, really fast, and I noticed he was right next to me 100 yards in. I muttered “there goes my race plan” and thought it was really funny.

Nearing the first turn, a half mile in, things started to pan out. The leaders really started pulling away and the group spread a bit. I was in a group with all they guys I had my eye on… perfect. Eric, Dillon, David, Rob, Adam, and a few others. Also, there were a few guys in front of our pack that were starting to fall back… probably shouldn’t have been there in the first place! I’ve been there, too, and Fitger’s has a really fast first mile.

Over the bridge into Canal Park, I put down the hammer for a little surge. There was real estate ahead and felt like getting in a better position.

Looking at race pictures, I didn’t realize that everyone was right on my tail. I could feel them but never looked back. 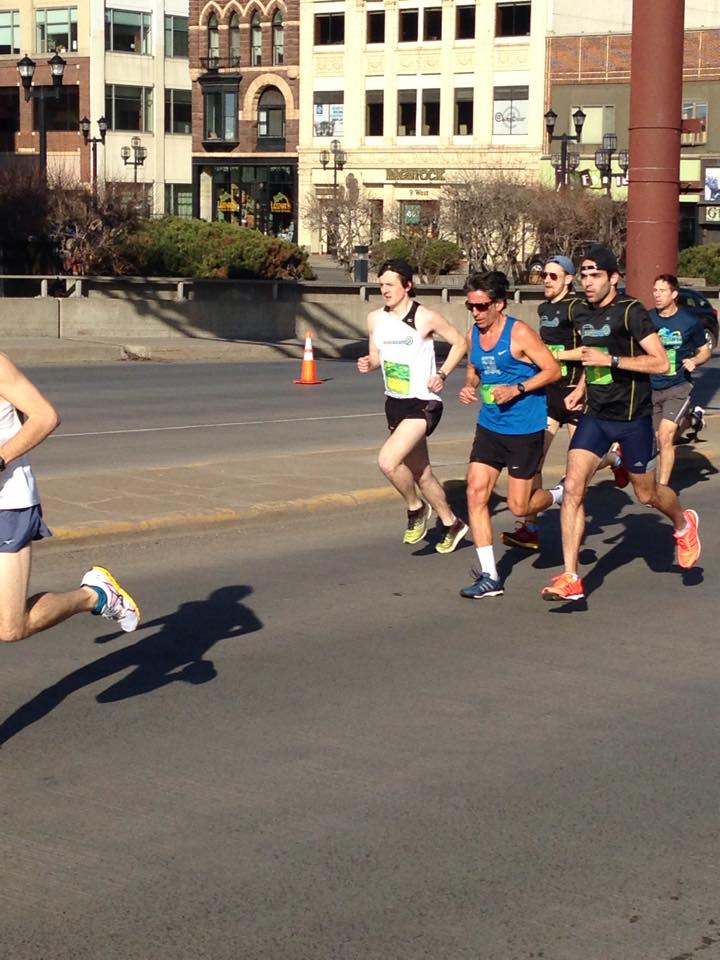 Mile 1 was 5:20. Fast, but felt good and not super ridiculous. Some years, my first mile is ridiculous. The second mile is pancake flat with a few turns. I wanted to play smart here. I wanted to stay in front, but maybe recoup my energy stores a little bit. I knew there were some people right on my tail because I could hear them.

Before the Railroad Street turnaround, I was gaining on some tall dude I didn’t recognize him. I took a quick stutter step turn at the 180 degree turnaround and tried to ratchet it down with the tailwind. I passed the tall kid before mile 2. Mile 2 was around 5:30. I needed to stick this pace if I want a sub 17. No more slowing down. Right then, Rob surges past me. I couldn’t let him go. Not today. I stayed right on his back and even peeked around my shoulder. Adam was right there too, but the other guys were dropping back. We kept pushing, and I felt good, under the bridge and the looper up over the bridge and back home. I could feel our little pack slow a bit on the bridge because it was a little uphill. This is my chance, I thought, and I made a surge. Rob pushed me forward and said “Go!”. So go I did…

When we turn back onto Superior Street, you can see the finish arch and it is about 6 blocks on a false flat, slight uphill grind. It was here that I make or break the race. Do I crumble, or do I leave it all out there? Do I have the mental stamina to be a contender? I thought to myself to run angry. I thought of some things that made me angry, and I made an angry face and gritted my teeth. Then I thought how this is all I do and my life would be for nothing if I falter. I can’t falter. I really picked it up, or at least felt like I was picking it up! I could hear people yelling my name from the sidelines, but didn’t even bother to look. I did peek at my watch to see a 15:50 or something. 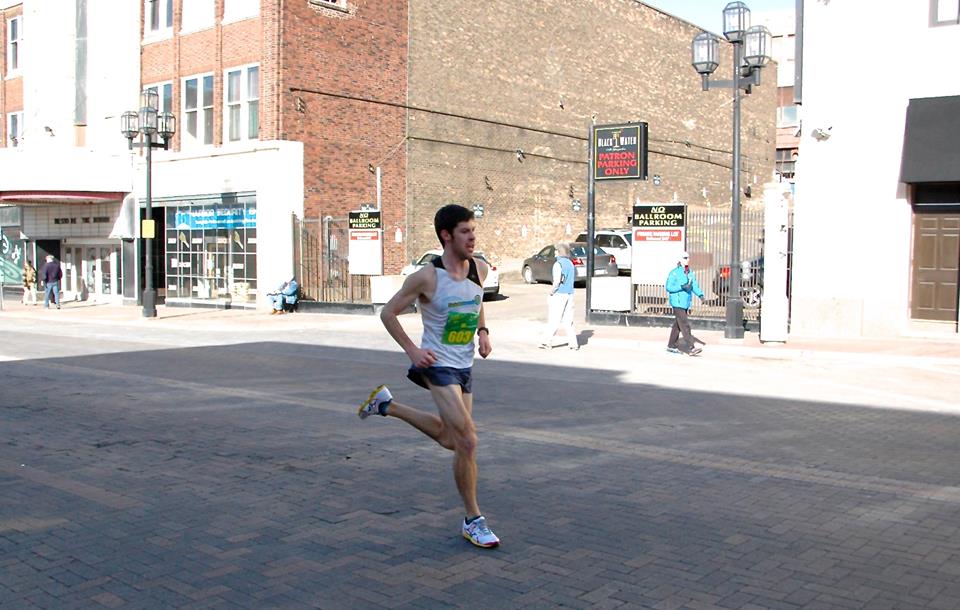 With the last stretch into the Pickwick parking lot, I almost smoked a lady crossing the street. I would have bashed her if she didn’t stop herself! I saw the clock and sprinted in with everything I had left. My watch stopped at the line with a 16:49. I actually yelled and gave Erik a high five. Erik has an awesome race, shaving 50 seconds off his record.

Two out of two goals crushed. The endorphins flowed freely. Now, I am so excited to be in the mix with the big dogs on the Wednesday NMTC trail races. Also, this fast effort made me excited for Grandma’s Marathon, as long as I can hold the volume. Not to mention tri season. Tri season is going to be something else…